Safely Traveling With Marijuana: What You Should Know 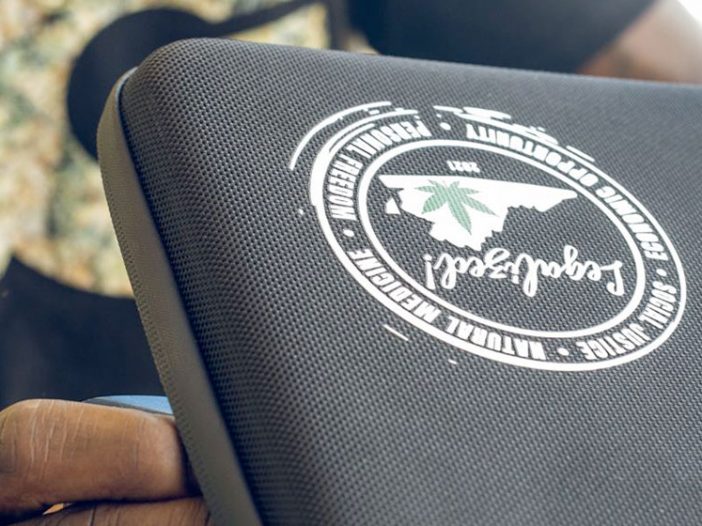 2021 has been a great year for recreational marijuana legislation. 43% of U.S. adults now live in a place with legal marijuana use. 14 states have decriminalized the use of the substance and five states have recently joined the movement to legalize marijuana, which means 30% of the United States allows citizens to enjoy the use of weed recreationally.

With travel restrictions being lifted, you may be ready to catch up on all of the travel you missed out on in the past year. As you map out travel plans, you may be wondering– is it safe to bring along some weed to enjoy? What’s the most advisable way to go about safely traveling with marijuana?

What Restrictions Are in Place?

Because American states operate under their own localized governments, you’ll need to be mindful of state law when crossing the border with weed. Arguably, the worst way to begin or end a trip is getting pulled over with an illegal substance.

If you are driving between legal states, you’ll still need to be wary of the possession laws that dictate the amount of weed that you can legally transport in your vehicle. While most legalized states allow up to an ounce of personal weed possession, this will vary state-by-state. For this reason, make sure to check local possession laws to see how much inventory you can get away with. Also, make sure you’re carrying it in safe & secure packaging.

Additionally, international travel boasts its own challenges when managing your recreational choices. Do your research prior to departing for your trip, and never bank on bringing along your favorite bud until you’ve verified the laws of that country. Our personal rule of thumb? Avoid imbibing outside of the United States if you’re not sure of local restrictions. Getting detained in a country outside of your own is definitely not our idea of an ideal vacation.

Countries That Have Legalized Marijuana

While the United States is quickly moving past draconian marijuana restrictions, they aren’t the most progressive country leading the charge. Remember– unlike other countries, the United States operates with both federal and state governments. While many states have passed their own legislation, federal marijuana legalization has yet to be passed.

Neighboring Canada has had legalized recreational use for over two years. Although this is true, it is against the law to transport cannabis across the Canadian border– even if you were traveling from Canada to a legal state.

Other countries that have legalized or decriminalized marijuana include:

Remember– double-check your destination prior to the trip, and avoid transporting your stash across international borders. Border agents can legally search you or your car if they have a suspicion that you are carrying a banned substance. You may be permanently barred from a country if you are found with illegal weed while traveling.

States That Have Legalized Marijuana

When planning your trip, the first thing you will need to consider is whether or not you are traveling to one of the sixteen states (and D.C.) that have legalized adult-use marijuana. Washington, D.C. joins the following states that have fully legalized marijuana:

While not completely open for recreational use, many states currently allow state medical marijuana use with the right documentation. These states are:

A few states allow for the medical use of CBD only. These states include:

Some states allow medical marijuana cardholders to purchase weed in a state other than their state of residence. These states are:

As long as you are a medical marijuana cardholder and follow all state guidelines, it shouldn’t be difficult to purchase what you need. Once you have made the transaction, it’s important to follow all possession laws to avoid trouble on your road trip- which includes safely travelling with it in locked and secured packaging.

States Where Marijuana Is Entirely Illegal

Some states maintain legislation that makes all THC use illegal. Depending on the state, failure to abide by these laws may result in a felony distribution or controlled substances possession charge. States in which marijuana is illegal include:

In the event of a vehicular search, getting caught with any amount of marijuana in these states may result in hefty fines, jail time, and dramatic felony charges on your record. It’s best to avoid traveling through these states with marijuana in order to avoid trouble.

Storing  and Safely Traveling With Marijuana

Once you have decided on your travel plans, it’s time to figure out whether or not to pack along your stash. Your packing method will depend on how you choose to travel– whether you will be driving or flying to your destination. Click here to see our products that allow you to safely travel with your stash and includes smell-proofing.

Tips for Driving With Marijuana

Crossing a state border with marijuana falls under federal regulation. If you are transporting marijuana between states in which the drug is illegal (or even between a legal and illegal state), you are technically committing a federal crime in transporting a controlled substance.

Driving on federal land also falls under federal jurisdiction. Because these laws are different from state laws, we recommend keeping the weed at home if you’re headed for a camping trip in one of the country’s many national parks. Per federal law, if you are caught driving with less than 50kg of marijuana in a place where weed is illegal, you face a maximum penalty of 5 years in prison and a $250,000 fine. Best case scenario? The officer will confiscate whatever they can find.

Remember– an officer in an illegal cannabis state has the right to search your car even if they just claim to “smell” marijuana in the vehicle. If you must drive, we recommend sticking to cannabis products that aren’t very detectable by smell, and that can fit in a container or glove box. For this reason, driving with edibles is the best option for interstate road trips.

Is It Legal to Board a Plane With Marijuana?

For those heading home after an amazing trip on the West Coast, flying home with weed feels like a no-brainer. Interestingly, flying with weed is much safer than driving– as long as the flight is domestic.

Some airports–like San Francisco International Airport– allow marijuana possession up to a certain amount. If you are caught carrying a few grams of recreational or medical marijuana back from your trip in an airport where it’s restricted, know that TSA agents may call your local police. The DEA should not be involved.

TSA agents have the authorization to search checked bags at random as they are on the lookout for weapons and explosives. If you are set on traveling with your treasures, securely store your items in a carry-on bag. Placing it with the rest of your medication should keep your weed secure.

Once your weed is securely stashed in your carry-on bag, it will not be explicitly detectable in an x-ray machine. Finding yourself a smell-proof stash bag can also help keep your items discrete and contained. Additionally, traveling with no more than an eighth (a few grams) will help to minimize issues. Getting excited? We just ask that you refrain from smoking or taking edibles at the airport. Do yourself a favor, and wait until you get home.

It’s entirely possible to safely travel with marijuana while complying with local laws. Luckily, the most restrictive laws seem to be changing quickly– surveys suggest that the legalization momentum that has captured states like Montana, Nevada, and Illinois will soon affect the entire fifty states, as 90% of Americans support some kind of marijuana legalization.

Don’t want to travel with your stash? We get it. For some, the idea of losing their weed in the shuffle of travel creates unnecessary stress– even if they understand the recommendations of safely traveling with marijuana.

Rather than traveling with weed, place an order once you arrive at your destination. To make things easy, check out this dispensary map to find the nearest dispensary while on vacation.