Virginia Marijuana Legalization: What Are the Rules? 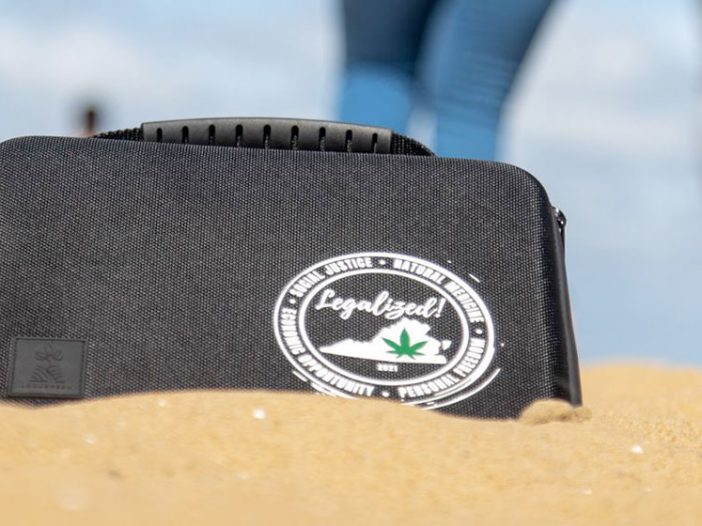 In recent years, states began changing their tune on marijuana usage. Federal Laws have regulated cannabis since 1937 and it has long faced negative connotations despite advocates for its use. Medicinal marijuana laws have been around since 1996 (California), with laws allowing for the recreational use of marijuana happening more recently, starting with Colorado and Washington state in 2012 .  It seems that marijuana is here to stay, but its place in society is evolving.

Virginia joined the ranks as the 16th state to pass a bill that legalized marijuana for recreational use. Lawmakers put forth the bill in Richmond, Virginia in early 2021. This made Virginia the first southern state to pass this sort of bill. State Governor Ralph Northam has been a strong supporter of marijuana legalization. He is hopeful that the legislation will create more racial equity. Black Virginians are four times more likely to face marijuana charges than their white counterparts.

Northam sent in a series of amendments to speed up laws surrounding recreational marijuana use. Virginia marijuana legalization was set to go into effect on January 1, 2024, but now has an effective date of July 1, 2021.

The Governor’s proposed changes include:

How Do I Know What’s Allowed?

There can be a lot of gray areas around marijuana laws – particularly when they are first put into action. It’s no surprise that many of us have questions on what is and isn’t allowed. It’s always best to stay informed and don’t worry- we’ve got you covered! If you plan on engaging in recreational marijuana use in Virginia now that it’s legal, read on. We’ve provided a detailed guide below to find all the answers you’ll need to stay out of trouble.

A Guide to All Your Questions on Virginia Marijuana Legalization

Who Does the Legalization Apply To?

Like alcohol regulations, Virginia state allows legal adults the age of 21 or older to consume and cultivate marijuana. It will remain prohibited to minors. The measure also aims to educate young people against abusing the substance. Any person under the age of 21 found with cannabis will incur a $25 fine. They will also face mandatory entry into a substance abuse program

How Much Can I Have? Will I Get Into Trouble If I Have More?

The legal amount you’re allowed to carry on your person is one ounce. Adults face a civil penalty of up to $25 without the threat of jail time if they carry larger amounts under a pound. Larger quantities of cannabis between an ounce and a pound result in greater punishments. To play it safe, remember that less is more. Those with over a pound are subject to criminal penalties. This means you could face felony charges and 10 years in prison with a $250,000 fine. Stick with the ounce and you’ll be fine, and if you’re traveling make sure that you have it secured in a locked package or case.

Am I Able To Buy in Virginia? What Rules Apply?

Although recreational use is happening this year, there will not be a market for it for some time. The state won’t even begin accepting retail applications until July of 2023. We won’t be seeing retail sales available until the effective date of January 1, 2024. Virginia lawmakers are still ironing out the details on regulations surrounding retail sales. Medical marijuana users  will still have access to buy from Virginia dispensaries using their medical cards. Other adults will have to wait. We offer a carrying cases that also contains a slot for your medical marijuana card here.

Can I Order Marijuana From Another State and Have it Shipped to Me, Then?

Under state law, marijuana cannot be shipped, imported, or brought into Virginia from other parts of the United States. Doing so could lead to jail time or a hefty fine.  Medicinal marijuana users have the option to order delivery from local Virginia medicinal dispensaries. They must make their initial purchase in person due to rules from the Board of Pharmacy. For the rest of us, until stores open up in 2024 it won’t be as simple. The only legal ways of obtaining the substance would be to grow your own or to have it gifted to you in private.

So, I Can’t Buy Marijuana, But I Can Grow it? What Rules Should I Follow?

Each household can grow up to four marijuana plants-any more than that, and you will be subject to fines. More than 50 plants will warrant felony charges against you. Make sure your plants are out of sight from the public. Grow them in an area where they will not be accessible to minors or seen from public streets. Besides the location, each plant will need proper tagging. Each tag must contain the following:

By following these rules, you’ll be safe from any trouble. We can help you get started with a useful growing guide.

Virginia is an at-will employment state. This means that despite marijuana legalization in the state, Virginia employers still have the right to drug test you.

Employers may conduct drug tests for the following:

Randomized drug tests will also remain within their rights. The drug tests must not discriminate against an employee using marijuana for medicinal purposes by legal means.

Am I Allowed to Consume Marijuana in Public? What About in my Vehicle?

Despite more lax laws on Marijuana, you still won’t see people strolling down the streets of Virginia with a joint any time soon. Marijuana use in public will remain prohibited and is still a punishable offense to those caught doing so.

Punishments for this offense are:

Anyone caught partaking near a school will be subject to a class-2 misdemeanor. This applies even on their first offense. Consuming marijuana inside your vehicle is also prohibited and applies to both driver and passenger. The trunk of your car is a safe place to store it if you need to have it in your car with you, we recommend a case like this one to ensure that it’s properly locked and sealed.

Despite being legal to receive marijuana as a gift, it is not acceptable to give as a gift in public. Gift or not, it still needs to be an ounce or less. Play it safe and consume in the comfort of your own home.

Can Police Search my Vehicle if They Smell Marijuana?

With these new laws in place, you might be wondering what rights police have to search your vehicle. Is it considered probable cause if they detect the smell of marijuana? Based on new reforms, this is no longer considered probable cause. In March of 2021, Virginia’s General Assembly made several criminal justice reforms. As part of these reforms, possession of marijuana in a vehicle are now considered secondary offense. If you’re still worried about the smell keep in mind that we offer smell-proof packaging here.

Unlike primary offenses, secondary offenses are do not warrant a stop.  This means that the odor of marijuana alone is no longer a valid basis for traffic stops nor search and seizures by police. Unless you have a second violation, the court will not issue a summons against you.

I Have a Prior Marijuana Conviction-What Happens Now?

With Virginia legalizing adult-use, recreational marijuana on July 1, 2021, the law called for all records of misdemeanor possession with intent to distribute marijuana arrests, charges, and convictions will be automatically sealed from public view in the Virginia State Police’s systems. In 2020, the state of Virginia decriminalized marijuana and sealed all simple possession of marijuana records. Individuals with felony convictions have the option to petition the courts in order to expunge their charges.

Be on the Lookout for Further Updates

Virginia is the 16th state to allow legal recreational consumption of marijuana and it won’t be the last. These states are laying the groundwork for a more marijuana’s new role in society. Virginians now have the option to enjoy cannabis as a recreational activity. Yet, they will still need to tread lightly to be sure they are doing so in a safe and legal way.

Lawmakers will begin a framework regulating retail sales opening in 2024. These regulations are a further expansion of the current Virginia marijuana legalization regulations.

Disclaimer: This article is not intended to provide legal advice, it is only summarizing the law as stated at the time of its writing.  We encourage you to seek your own legal counsel on these issues.